Don't forget to enter in your text. 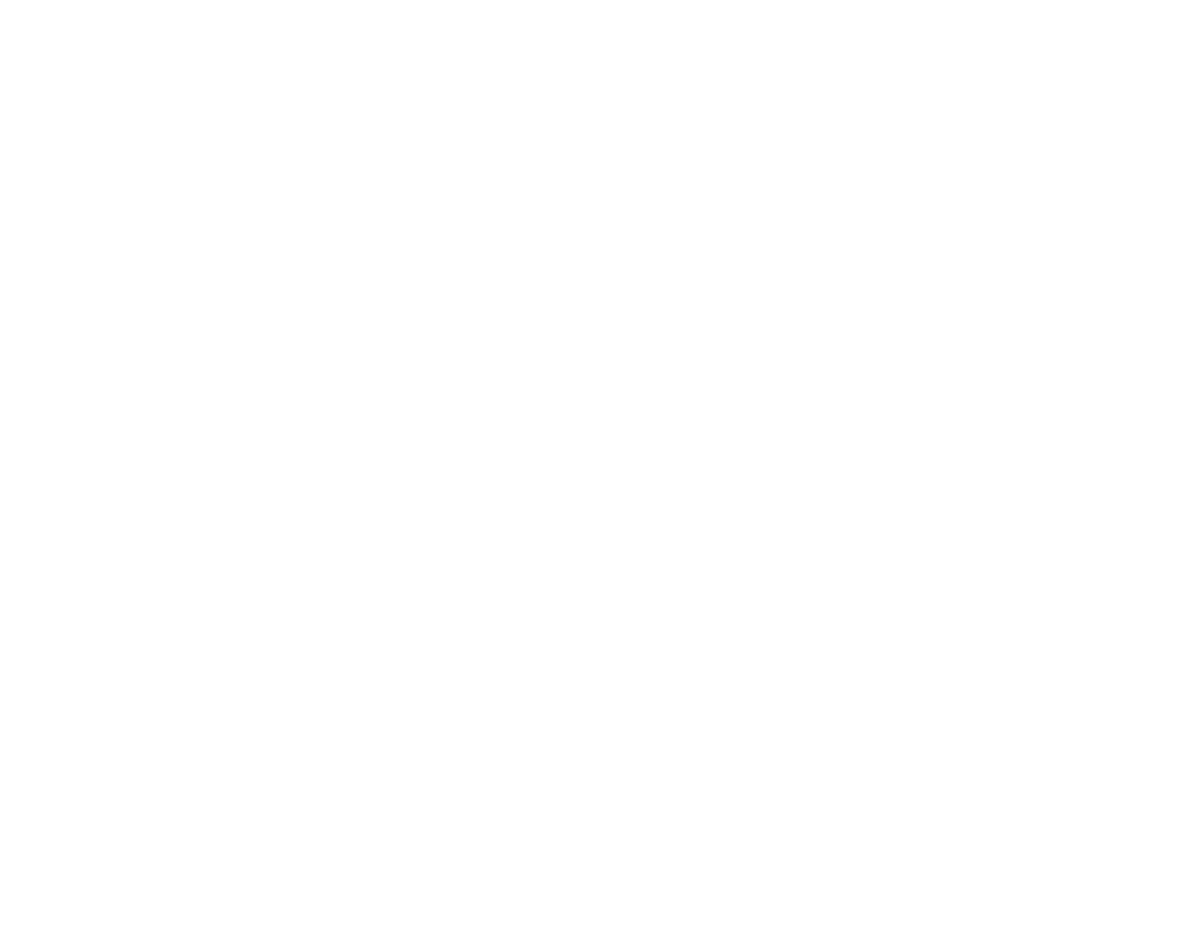 Arizona is home to some of North America’s most beautiful and unique wild spaces, and the ongoing preservation and advocacy for these parks is an important societal issue. Students will come to know the desert, the various populations who live and work here, and the role of national parks for our future. Through outdoor explorations and immersions with local people and environmental professionals, students will experience Arizona for the beautiful, fragile, and vibrant place locals know it to be.

This program takes into account the fact that students are on Spring Break. Balance, time for recharging, and student agency are elements that will be incorporated into the program on a daily basis. 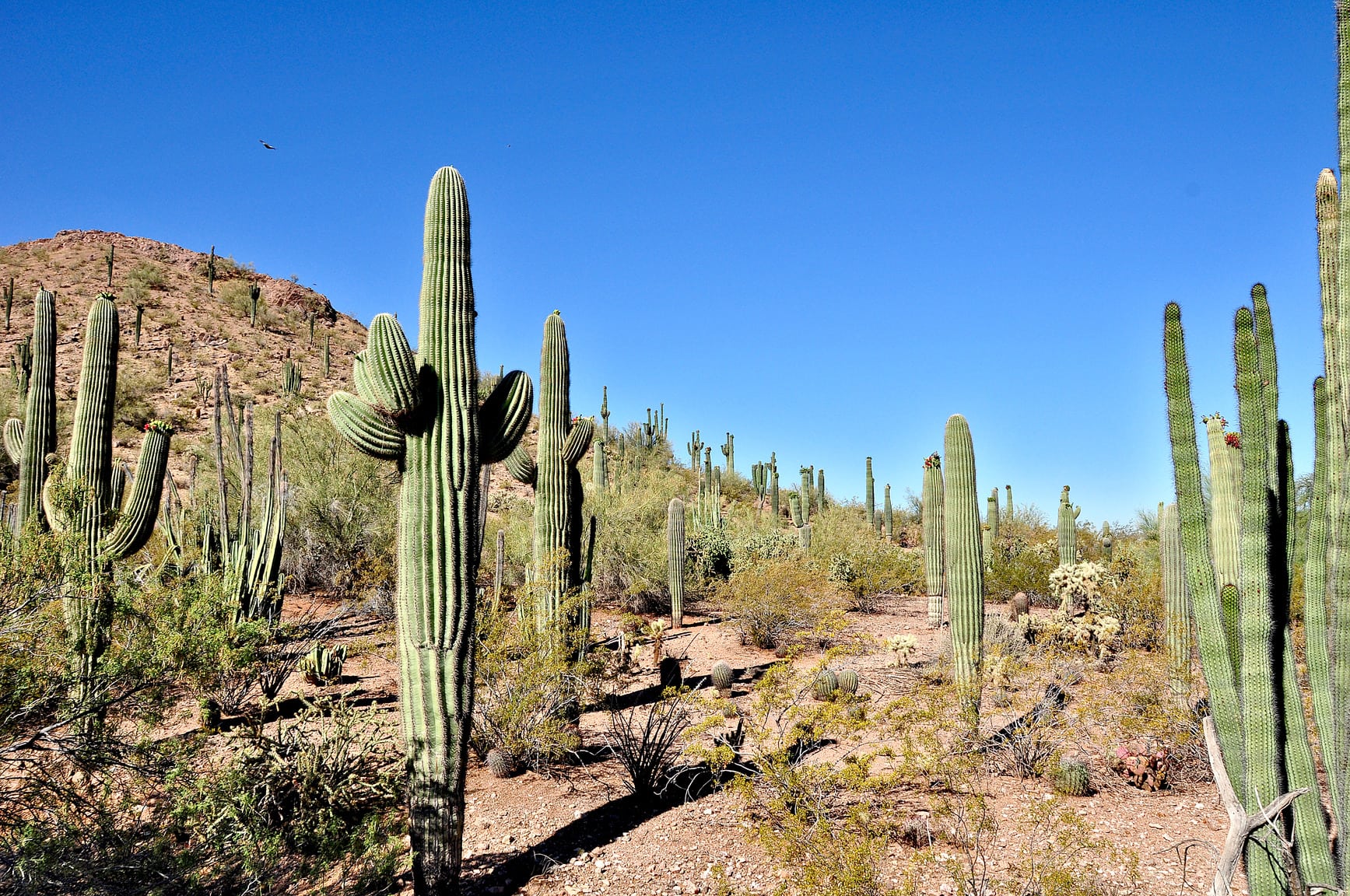 We visit two of North America’s most iconic National Parks: Grand Canyon and Saguaro, off the typical tourist’s path. Through our explorations, we gain an understanding of multi-disciplinary themes like history, culture, politics, economics, and science in the context of the Arizona region and the Grand Canyon. 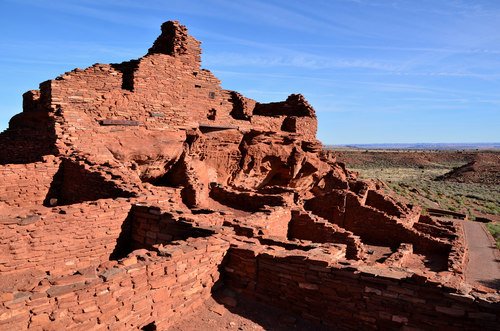 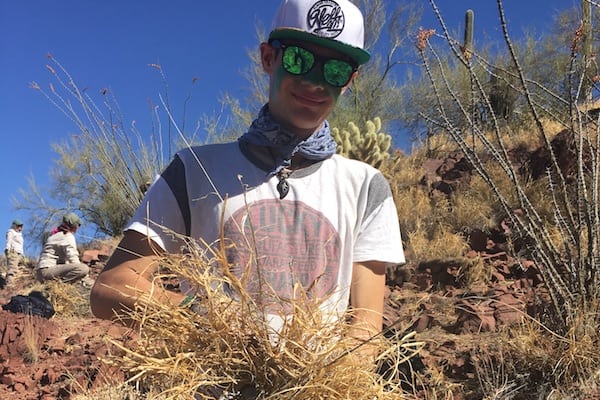 We’ll work with National Parks Rangers to remove invasive plant species and assist them in their weekly projects. We’ll also engage in meaningful conversations with National Parks Service professionals and rangers, learning about their ongoing challenges and the changing role of national parks in American life.

The below itinerary provides one projection of the daily schedule. Changes may be made to improve the program quality, based on the logistical and educational needs of enrolled students.

Early arrivals / Late departures can be arranged to meet the needs of individual students.


The group flies in the early morning to Phoenix, Arizona. After landing, we travel to our hotel and convene for a Welcome Lunch and head out to stretch our legs on the South Mountain Park hike in the Sonoran Desert. We use our first time outside together to frame the environmental questions we will explore on this program. In the evening, we enjoy the Taliesin West Night Lights Tour of Frank Lloyd Wright’s iconic desert-inspired architecture.


After breakfast on our first morning, we convene for a program expectations workshop and health and safety briefing. Afterwards, we head out for our transfer north to the South Rim of Grand Canyon National Park. We have the unique opportunity to stay within the Park’s boundaries in volunteer cabins, which cut down on our travel time and allow us to enjoy the proximal beauty within the park. We settle in and explore Grand Canyon Village on foot and enjoy a big meal together, before heading back to our hotel for the hottest hours of the day to rest, do homework, exercise, or journal.

We eat breakfast inside Grand Canyon Village and head out early on the Cedar Ridge hike to take advantage of the beautiful early morning mist in the Canyon. In the afternoon, we enjoy a private tour of the Museum Collections, where geologists and researchers conduct important analyses to better understand the Canyon’s 2 billion year history. There, students can view ancient artifacts and preserved fossils that give us clues into the people who inhabited the Canyon prior to modern history.

In the evening, we enjoy the sunset at Moran Point.


After breakfast, we head into the Park again to meet with the National Parks Service. This time, we engage in a discussion with Park Rangers about the role of national landmarks and national parks. We spend the majority of the day with Park staff doing a trail cleanup along the Trail of Time, the beautiful rim trail that goes for miles along the Canyon’s uppermost point, providing excellent views and wildlife viewing opportunities along the way. With any luck, we will see a California Condor, one of the endangered bird species in the region. The very micro-trash we are collecting is one of the reasons this species is so threatened.

On the afternoon of Day 5, we depart the Grand Canyon and head south two hours into Flagstaff, a beautiful mountain town at 7,000 ft. 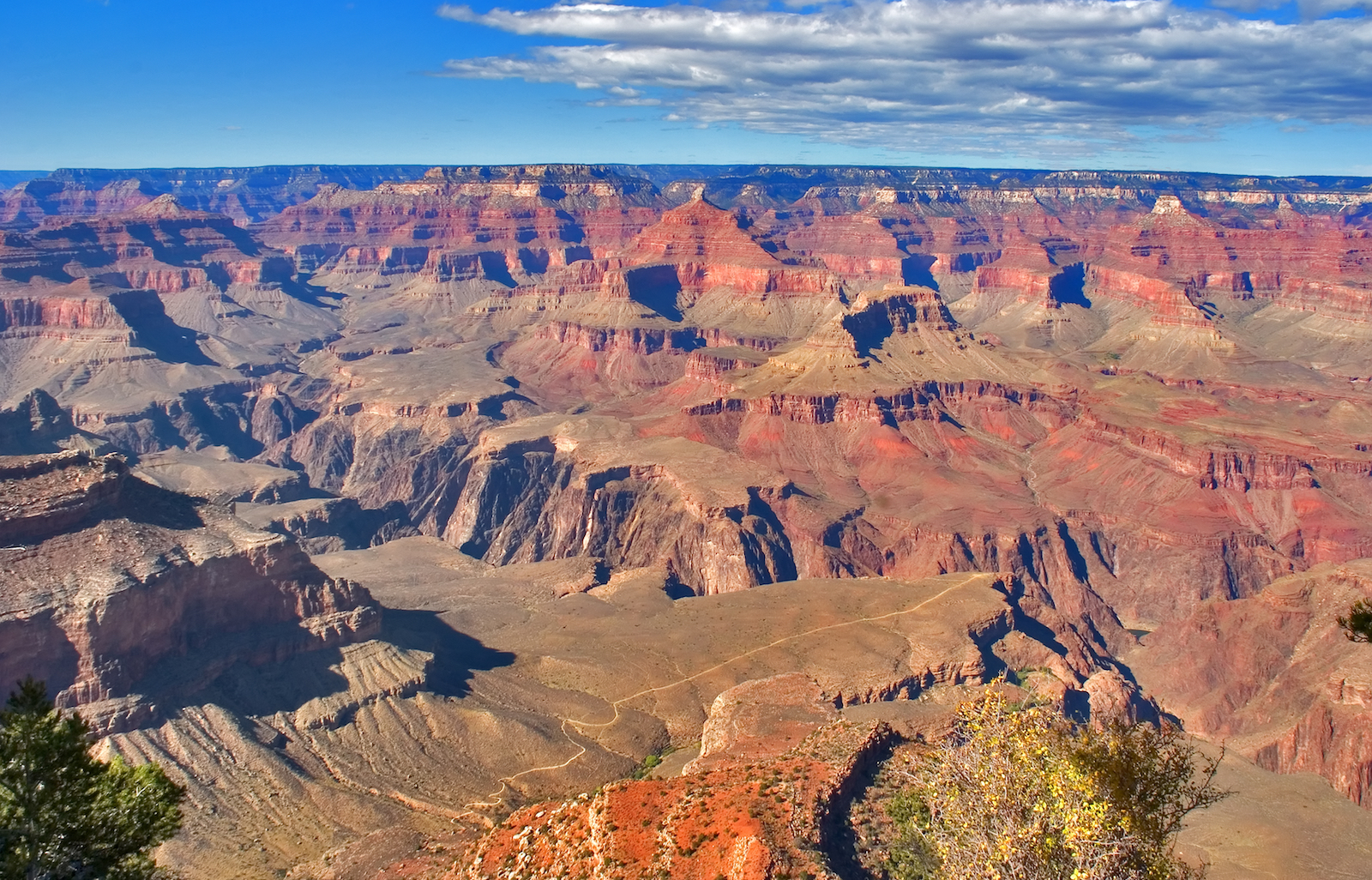 Day 6 is our first student choice day, designed to give students agency and space on their spring break to take time for themselves and do something they enjoy. Students collaboratively come up with different options with assistance from Envoys instructors on what is feasible around town, perhaps a bike ride, campus tour of Northern Arizona University, visit to the library, or food tour.

In the evening after nightfall, we head to the Lowell Observatory–the very place Pluto was discovered–for some stargazing.


After breakfast, we head northeast of town to visit the incredible Wupatki National Monument, home of the ancient Puebloan people. We learn about their way of live, rituals, traditions, and skillset, before convening a reflective space for students under the wide, expansive sky.

We return in the afternoon to Flagstaff for lunch and a workshop at Northern Arizona University on ancient civilizations with a member of their faculty. 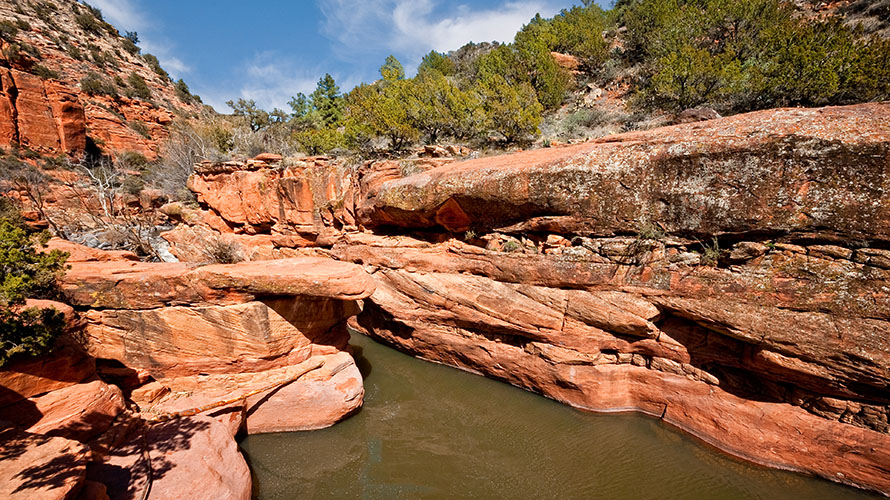 
In the morning, we bid farewell to any students who have chosen the 8 day program option, who head back to the airport with an Envoys instructor.

The rest of the group heads to the western side of Sedona today for a hike around Cathedral Rock, one of the most iconic sites in this valley and a beautiful location to continue to explore the remarkable topography of the region.

Students have the option in the afternoon between several different active and reflective, group-based and individual activities.

Travel Day today! We bid farewell to the high desert and transfer four hours south to the Sonoran Desert; specifically, the town of Tucson. Embracing the heat and the new landscapes, we check in to our hotel before heading out to stretch our legs in downtown Tucson, have an ice cream, and do a group scavenger hunt.

We head west of Tucson into Saguaro National Park to experience of the world’s truly great museums: the Sonoran Desert Museum. This is students’ first encounter with the animal and plant biodiversity of the region, and through interactive and engaging visits and animal encounters, students learn all about just why a National Park was create here.

We enjoy lunch at the Museum before returning to the city. That afternoon, students head to a local old movie theatre to catch a film and enjoy some relaxation time.

Day Eleven is our third day of environmental service, but this time in a remarkably different landscape. We join with Park Rangers from Saguaro National Park east to work in the morning hours before the heat on deforestation of invasive species in the park. In the afternoon after lunch, we enjoy a short hike to get up close and personal to the incredible cacti. Saguaros are old and wise, and we spend time among them to consider their importance and beauty.

In the evening, we enjoy another dinner of typical Sonoran cuisine, the only cuisine in the world designated a UNESCO world heritage site. 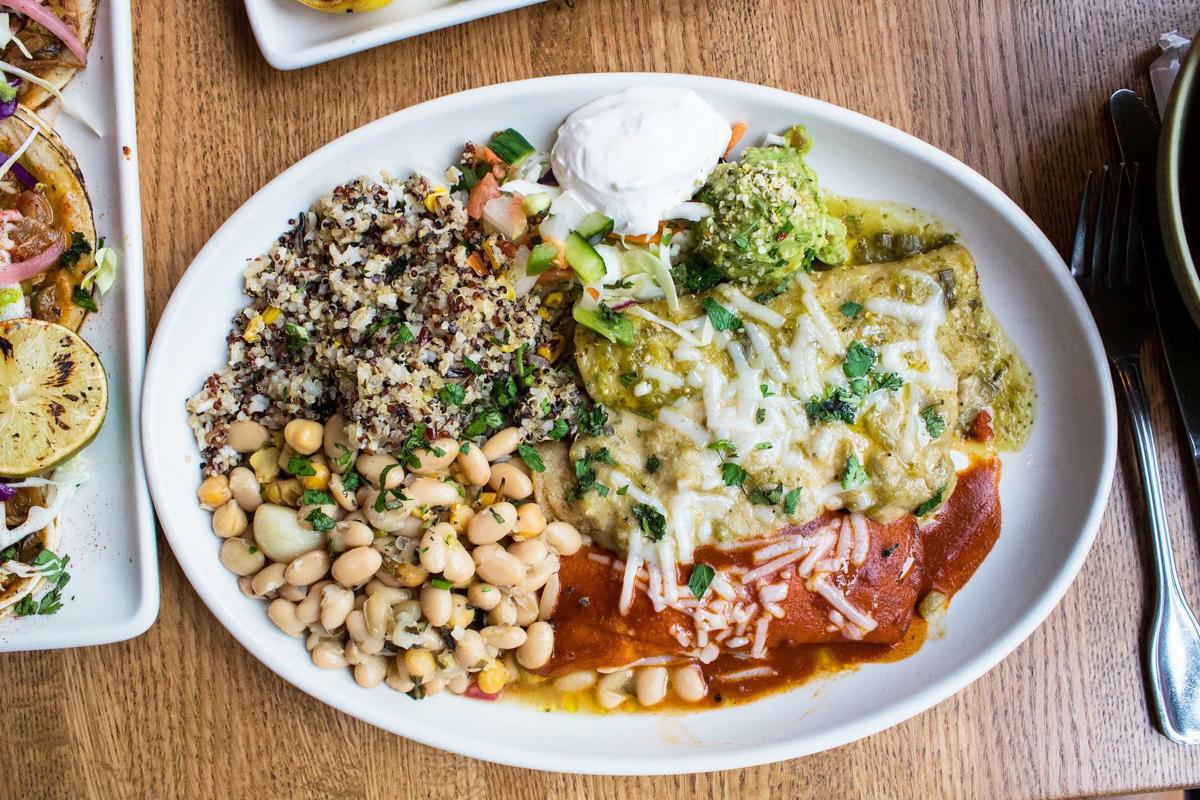 We head in to town to visit University of Arizona’s campus and visit the U of A museum, a remarkable museum that introduces key regional themes like the realities of immigration, Native lands, as well as Arizona’s urbanization. Students have some time to explore the bustling downtown area near the campus, play frisbee on the grass, and observe college life. In the afternoon, we convene for a group reflection and journaling time.

We spend our final morning in Tucson doing a brief hike up “A” Mountain, the big hill overlooking town, for a final view of the desert and a program closing workshop.

We have a final lunch of Sonoran cuisine before boarding the bus to drive to Phoenix. Upon arrival, we check back in to our original hotel and have a program closing dinner.

We close the program in the morning and transfer students to the airport for their flights back to school. 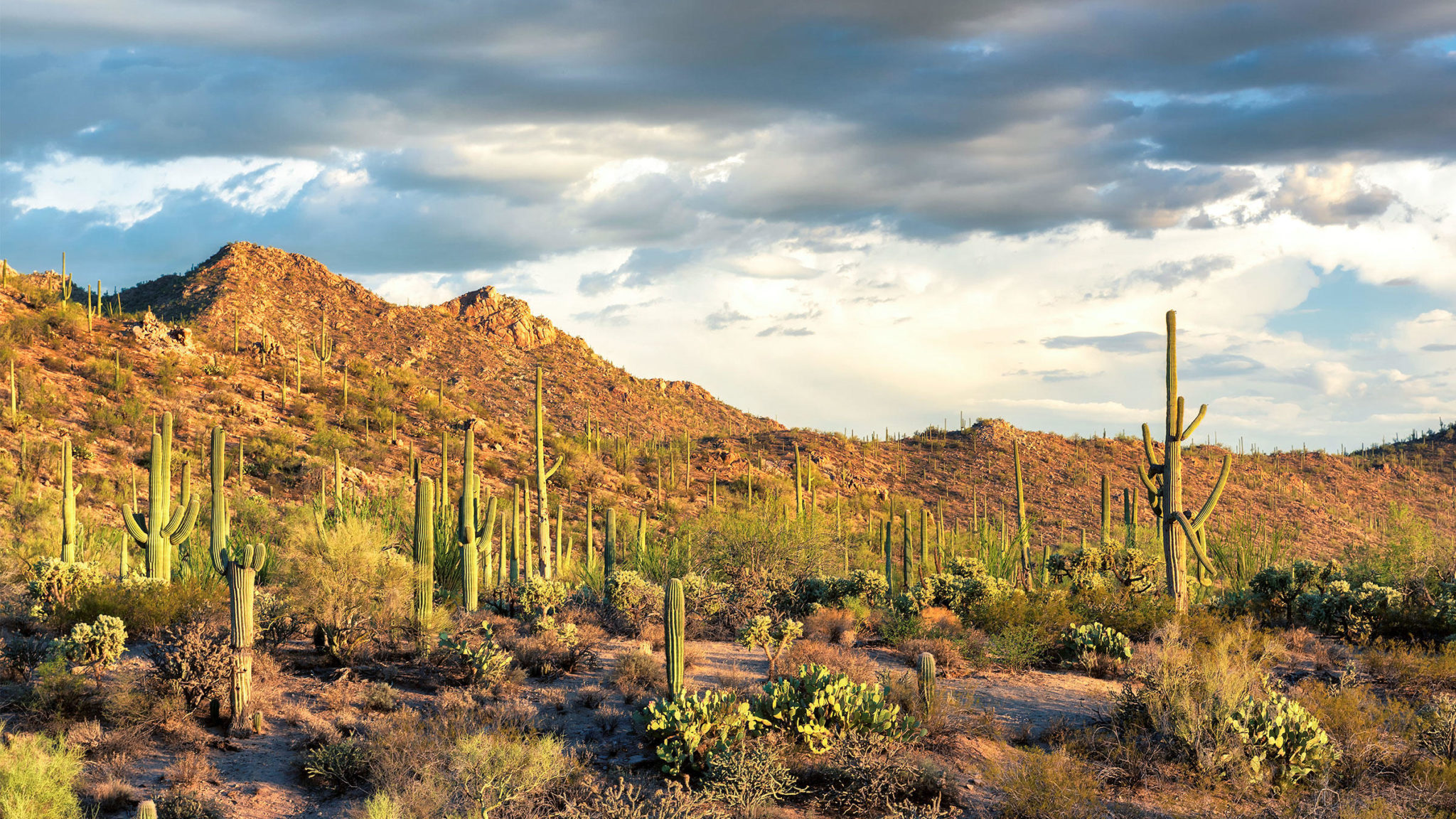 The registration deadline for this program is February 15, 2020.

No refunds or cancellations will be possible after February 15th, 2020.

This program is designed to work with our partner schools’ spring break dates.

Early arrivals / Late departures can be arranged to meet the needs of individual students.

Land costs do not include airfare; however, Envoys can book airfare for students upon request.

Envoys can easily accommodate students who need to add a day on either end of the program due to their dorm schedule.

*Optional additional activities, including a Hot Air Balloon ride, will be available for an additional cost.

Who will be leading this program?

Envoys assumes Duty of Care of all participants. On this program, students will be accompanied by:

Mason has lived abroad in Chile, France, Spain, Niger, Costa Rica and northeast Brazil, as a learner, a teacher and a grass-roots community development agent. He has worked and lived mostly in rural areas working on projects in many sectors including education, agriculture, microfinance and ecotourism. He was a United States Peace Corps volunteer from 2010 to 2013 and manages several languages like Spanish, French, Hausa and Portuguese.

Mason is a graduate of the Harvard Graduate School of Education where he studied bilingual learners, moral mentoring, cultural awareness and human development. He studied during his undergraduate years in Flagstaff, Arizona (his spiritual home) and spent his childhood in suburban Cleveland, Ohio. In the U.S. he has lived in Arizona, Ohio, New Jersey, Texas, Massachusetts and New York City.

When he is not leading Envoys students, you’re likely to find him at the swimming pool, playing ultimate frisbee, reading at the local coffee shop or wandering through the wilderness with a group of close friends.

The minimum registration required is 8 students.

When will I receive more information after registering?

After registering, you will receive a “Welcome to the Program!” email from Envoys with more information about next steps.

What are the arrival and departure windows?